These Moments Are Flames

So, one time I was walking at the edge of town passing an old playpark beside a bank of fir trees that were tall and dark against late October twilight like dark fingers caressing the stars in a wind from the not-too-distant sea. Between the murky sticks of trees, the Chinese restaurant glowed yellow and gold. It was one of those days that washes up on the shore of a week like the survivor from some far-off shipwreck; beaten, unwanted and too thin to live. I was kicking my heels headed somewhere from nowhere.

The houses were a uniform row of mid-60’s blocks, squat, pale and mud spattered where the local kids had kicked a football. It was all mundane, slow, and so thick with boredom you could feel it.

Then I passed a house with a garage that was open and glanced across. There was no car inside, no toolbox or any of the typical ephemera associated with a 'garage', it was empty except for two life-sized statues of Adam West era 'Batman and Robin'. The man inside the garage caught me looking and pulled the door down with suspicious haste and for the rest of the day, I was left with the lingering feeling I had seen something clandestine and hidden, something I was not supposed to see. However, that strange little shake in the earth, that jolt out of the greyness filled me with a delight that lit the rest of the day, redeemed it, made it unforgettable.

Or another time, I’d walked up from town with another of the petrol station sandwiches I loved then. The sun was broad and powerful against wet streets, pushing light against houses lining the road. 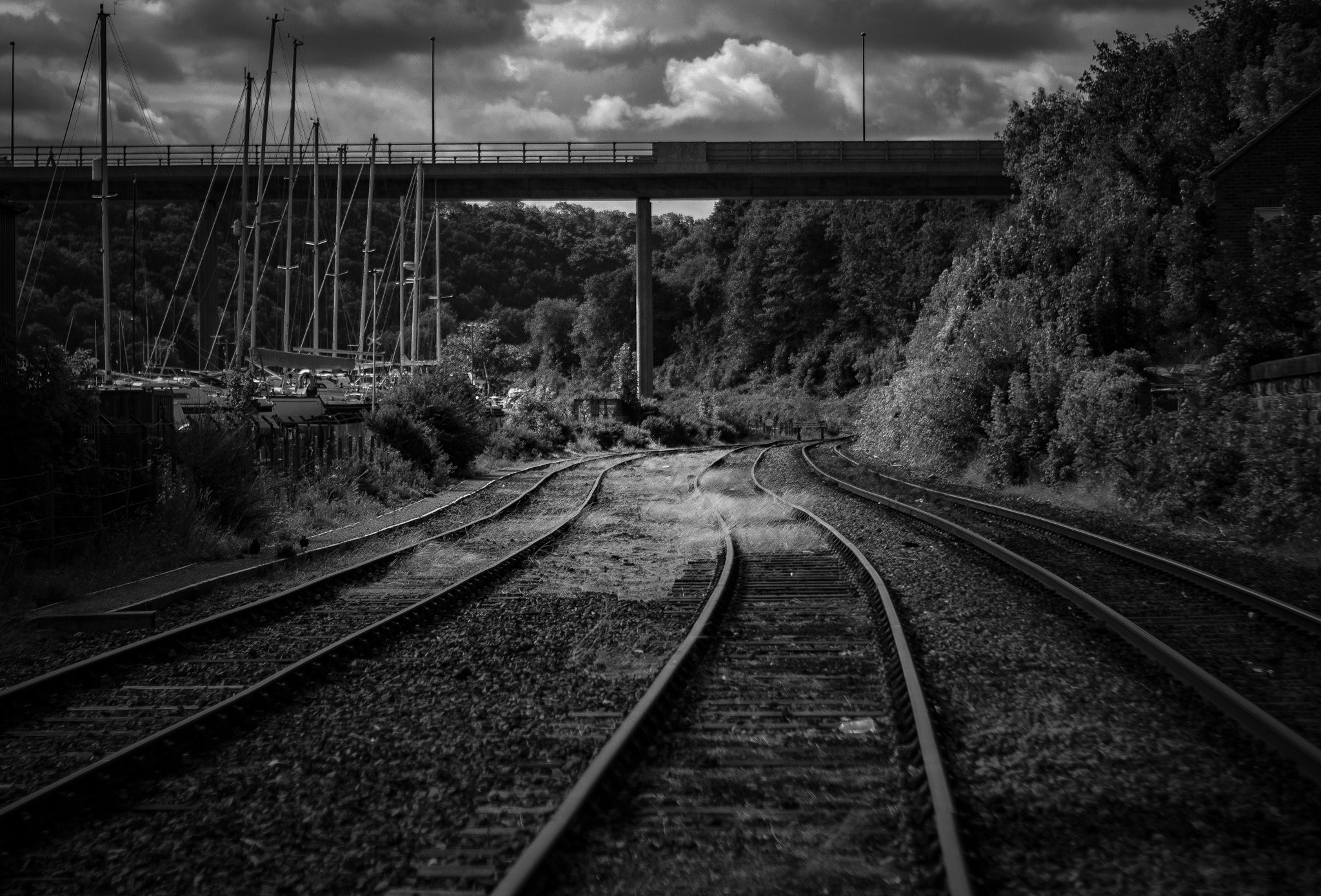 I cut across the rail line, caking my feet with a fine black paste the rain had left between the rails, and I stopped and looked back to where the lines converged further along the valley. The thick green of the river, slaked along beside it, slow and earthy and powerful like something half-remembered, like a dream, catching nothing of the colour of the sky but caught entirely in the muscle of its earthy tides, like us all. There were birds against the water, wings breaking the surface, a tension of attention, and I wished for all time that I could be so caught in the joys of such thoughtlessness.

There were a few blue clouds pulled ragged against the sky, torn up like old mattress fillings in the claws of the wind. Pushing on towards the horizon like love leaving the world.

I turned around and smiled at a lady carrying a blue guitar. ‘How are you?’ I asked automatically, knowing I should have known her and recognising her from somewhere.

Now I don’t know whether she knew me or, as I suspect, she’d mixed me up with some other sandwich-toting adventurer wandering the rail tracks, but those words stuck with me as much as the Batman had; they seemed to stab at me from somewhere outside my grey world, to come as a message from the universe, from the beyond, and the rest of the day was lit by those flames, because these moments are flames, these moments lick at the edges of your life like wolves just outside the light of a campfire. They are dangerous because they suggest the identity you have constructed based on time and drudgery might not be everything, and with that idea comes either mysticism or freedom. A hunger for truth either way.

Vigilance is key; being open to these moments, being somebody who would notice the value of a stranger thinking they know you and uttering poetry, or a life-sized Robin being forever overshadowed by Batman in a suburban garage, these moments of unexpected beauty crown our days.

These moments are flames.